"A wallet that is easy to use even overseas"

This international wallet, which is our typical wallet, was the first to be produced in the lineup when the Aoyama main store opened.
Nowadays, it is commonplace for foreign currency bills to be one size smaller than Japanese currency bills, but the British pound in particular at that time was often out of Japanese wallets. Carrying a wallet with bills sticking out is not a good condition not only for convenience but also for safety. So I started to think about "I want to make a wallet that is easier to use overseas".

The most difficult thing to do on an overseas business trip is paying for travel expenses waiting for you after returning to your country. We often travel to Europe in a few countries, and before the introduction of the current euro, the United Kingdom was the pound, France was the franc, Italy was the lira (the currency of the time), and each country. Since the conversion rates are different, it was very difficult to separate the receipts.
So, the first thing I thought about was that if there were partition pockets that could divide the receipts by country, it would be possible to perform the settlement smoothly.
Assuming where to put partition pockets, how many pockets are needed, assuming one to two countries or three countries in one business trip, as a result of repeated verification, I decided to add three partitions. Then, while utilizing the design, I thought that the place under the coin purse pocket would be the best place where it would fit neatly, so I proceeded with the development. 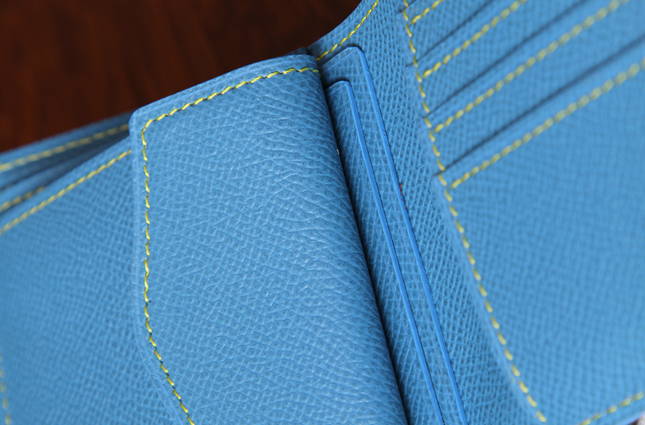 "Purses to the left"

Many coin purses in general wallets are attached vertically on the right side, but in Brooklyn I decided to attach the pocket on the left side so that a right-handed person can use it easily. By doing so, I thought that I could see the back of the coin purse and smoothly take in and out the coin purse. And, by making the gusset wide so that coins can be received at the flaps, we made a thorough commitment to "usability" to verify that coins could be easily confirmed. 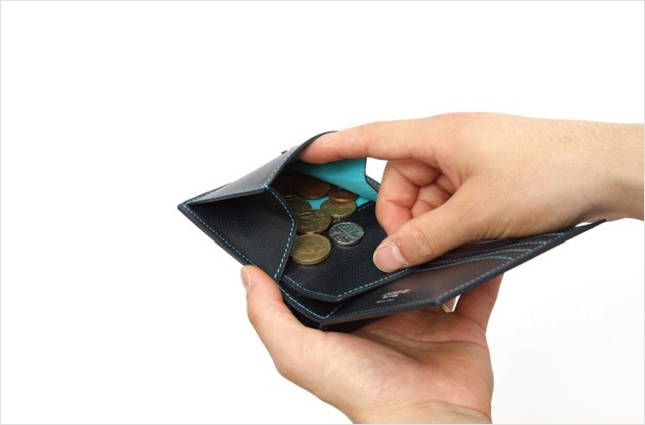 When used not only for overseas business trips but also after returning to Japan, the first of the three partition pockets is a personal receipt, the second is a work-related receipt, and the third is a license or I made it with the assumption that I could store cards and use it for domestic purposes. 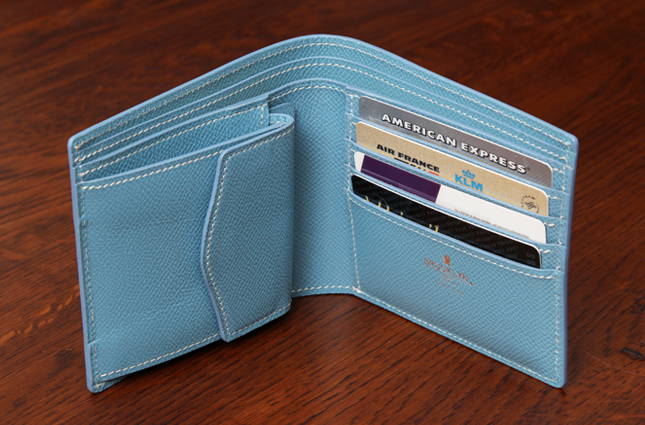 In the process of production, there were many parts that overlap, so I was told that it is a product that makes craftsmen cry. I was able to commercialize for the first time. I am very grateful to the craftsmen. If such a beautiful wallet comes out of the pocket of a navy or gray suit, it will definitely catch the attention of those around you. 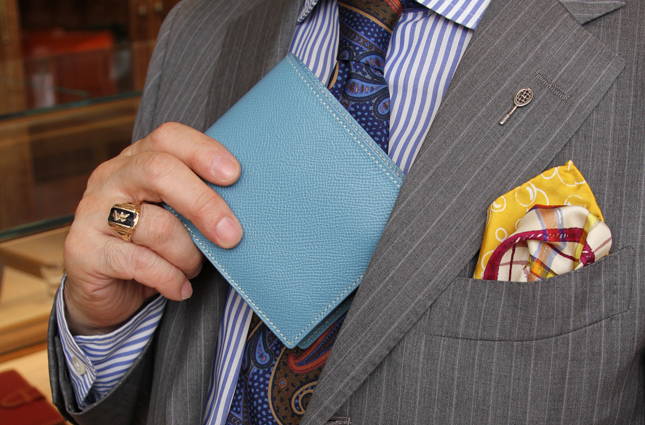